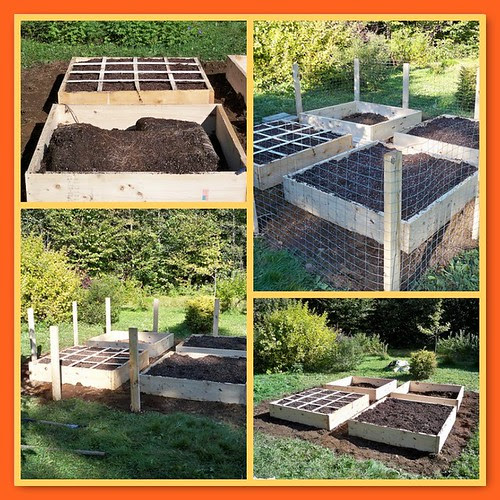 I filled two more frames with compost from the grow bag garden and it took four of the eighty five liter bags to fill each one, so I should have enough to fill all six frames. The rest of the grow bags are still in use in the greenhouse and the small garden in front of the house so I will have to wait until the crops are finished growing or hit with frost before I can fill the other frames.

Next I set a dozen fence posts and put up the rabbit fence. I bought fifty feet of fence and had just enough with only a short piece left over. I decided not to put a gate into the garden, I figured that would just create a place where they could squeeze through, instead I'm going to make a stile out of cinder blocks on both sides of the fence. Hopefully rabbits aren't clever enough to figure out how to use a stile.

Posted by Dale at 7:59 PM No comments: Links to this post