Things are growing in the Hoop House 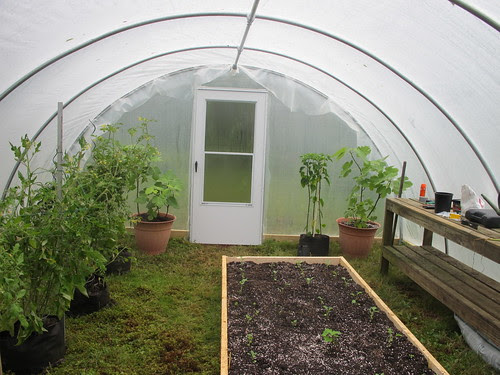 View from the back., originally uploaded by Campobello Island.

The seedlings that I transplanted into the raised bed only a few days ago have already grown and what was even more surprising they didn't even wilt after being transplanted, perhaps because of the humidity. The temperature has been going into the 30's everyday that the sun shines.

I re-potted my two Fig trees into much larger pots and have dreams of ripe figs next year. I have had many green figs in the past but very few ripe ones our season just isn't long enough. In the past I have always brought the fig trees in the basement for the winter once they have lost their leaves and gone dormant. After a conversation with a flickr friend in Spain I'm now considering an experiment and leaving one of them in the hoop house to see what happens. She tells me her sister in Switzerland has a fig and gets lots of frost, snow and cold temperatures, last winter as low as -17 and her three is loaded with figs this year. Well I have a digital thermometer which records minimum and maximum temperatures and I just checked, our coldest day was -21 last winter. So I just might give it a try. 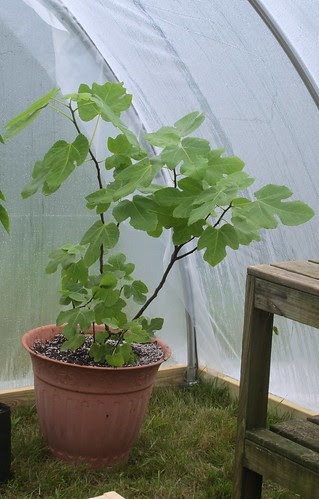 Posted by Dale at 4:48 PM No comments: Links to this post